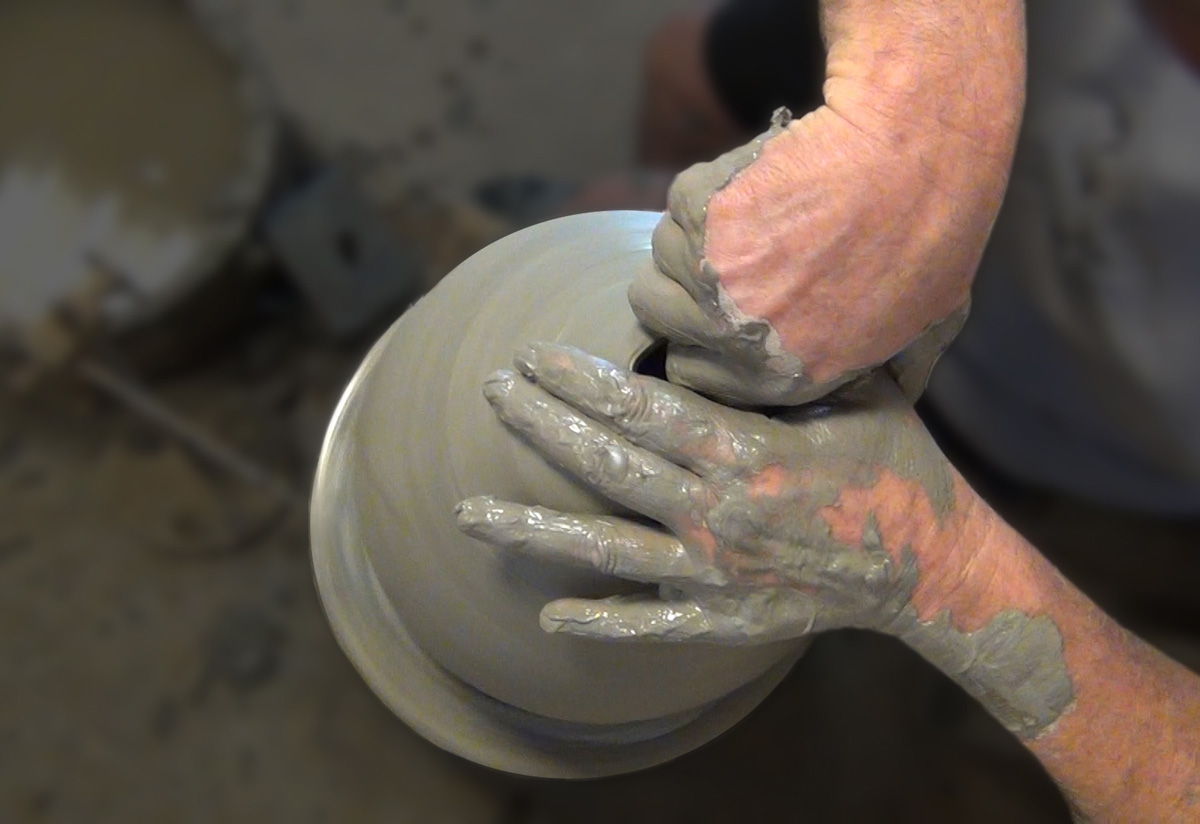 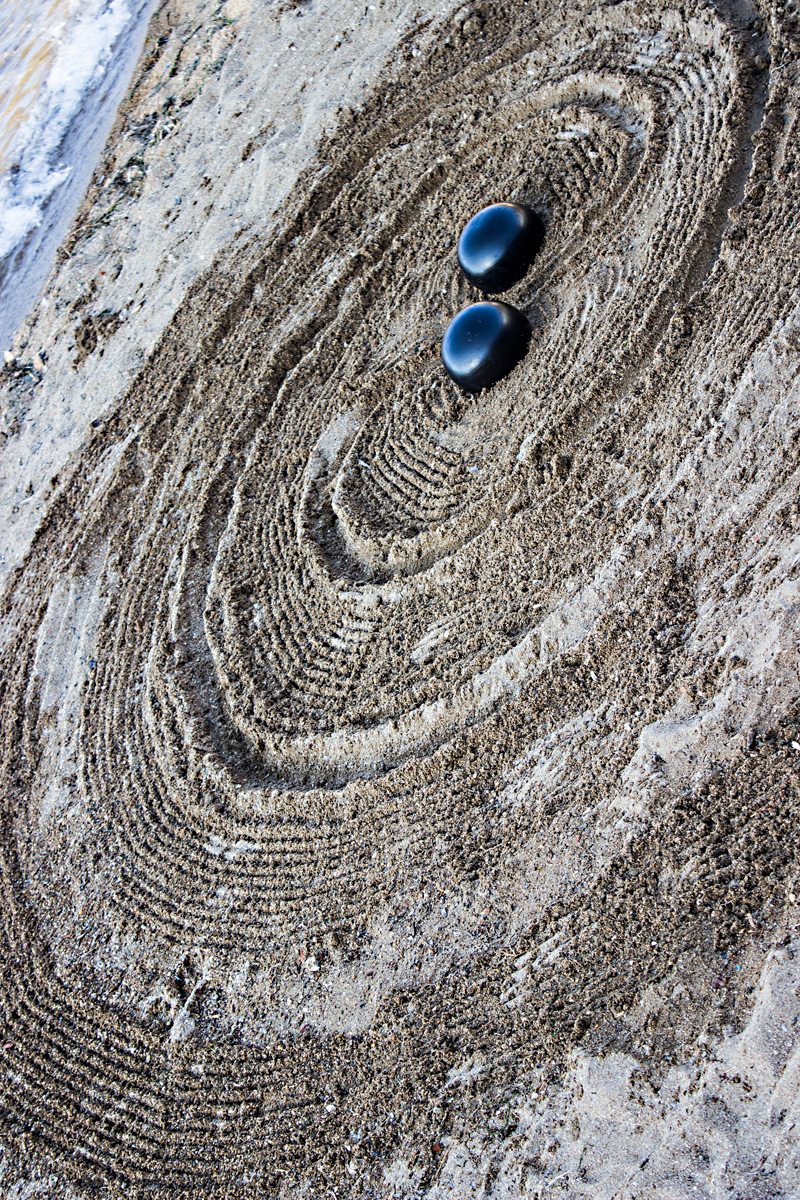 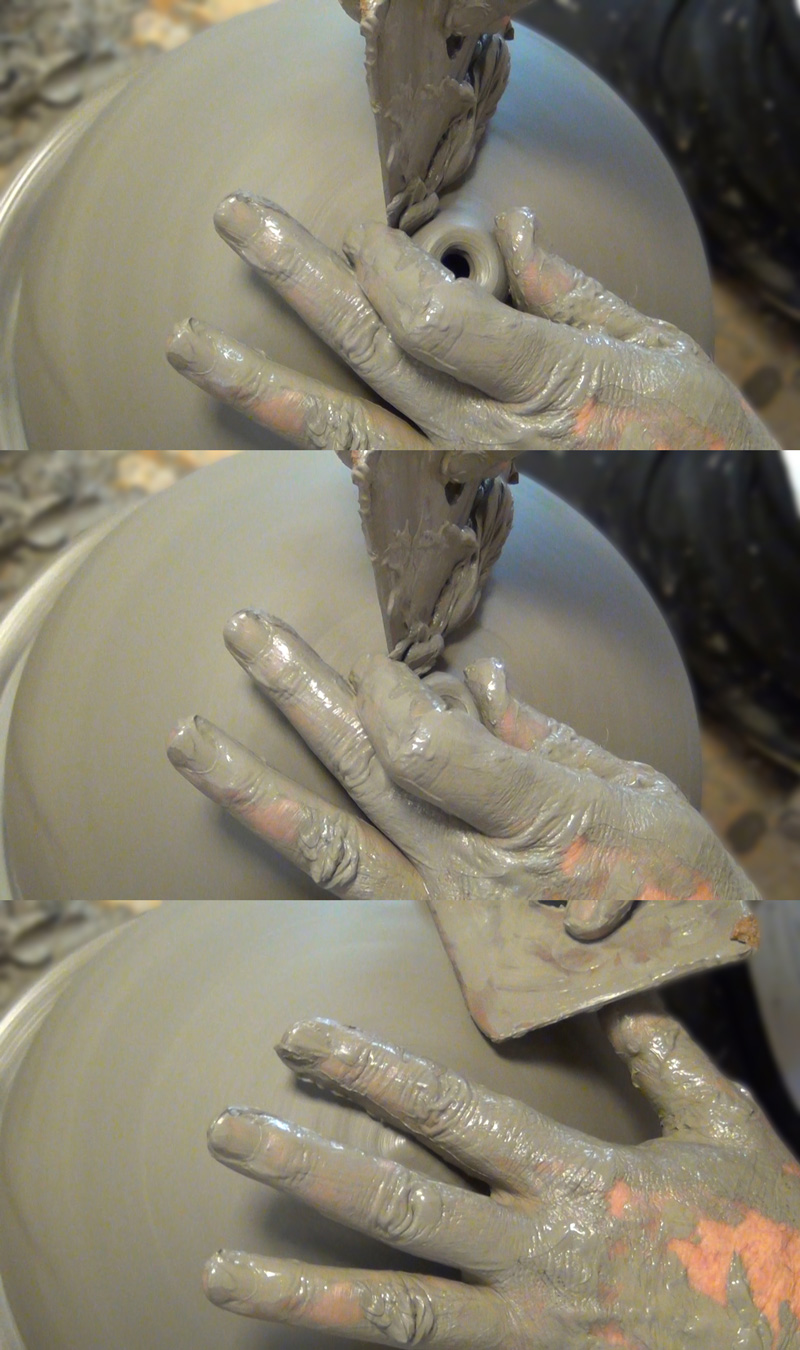 “Do not disturb my circles” said Archimedes to the Roman soldier, fully occupied as he was by a geometric figure he had traced on the sand, a phrase that led to his assassination by the brutal ignorant.

It is the same Archimedes who in his “Sand-Reckoner” sets up to determine the number of grains of sand that can fit into the heliocentric cosmos of Aristarchus.  A calculation repeated later by Dirac for protons and to be continued with black holes in the coming years.

The fascination with geometry and sand extends to philosophers, since as Blumenberg recounts in his “Shipwreck with a spectator”, when Aristippus, shipwrecked on the shores of Rhodes, recognized geometrical figures drawn on the beach, he exclaimed that there have to be humans nearby and concluded that one ought to provide one’s children only with possessions that can be saved from a shipwreck. Proving thus the resilience of knowledge to catastrophes.

One could therefore see in the poster image of sand and pottery of the exhibition the effort of a Robinson Crusoe-physicist trying to explain deformability of space and black holes merging to Friday the inhabitant of the island of his shipwreck.

Of course Friday is not a naïf savage but a potter from an Aegean island contributing with his craft. He created two perfectly spherical pottery vases to restitute the black holes, the “hairless” smoothest existing objects: dead stars. Using his hands and a spinning wheel in spiral motion, combining the four elements: earth, air, water and fire.  Plato has Socrates, in the Hippias Major, connecting the fabrication of a cooking pot, a chytra,  with  art, craft and beauty, a first attempt to define the nature of “techne”, as active disposition of insight, in opposition to “trivi” a simple illustrative technique.

One cannot help but remember the ambitious dream of Georges Charpak, Nobel prize of Physics, who wanted to unearth from the clay of millennial potteries the sound imprint of the voices of the ancient potters themselves. Is it not the gravitational wave detection the same project applied to the entire Universe?

Furthermore, spirals and circles are universal figures in the religious world of “primitive” people. Joseph Ryckwert, has linked the genealogy of the town with the setting up of the ‘mundus’ yam-oven at the center and the human bodies performing around it. Rites of atonement for the first dead ancestor… Building is an unnatural act, by choosing a site, you set it apart from nature and the rest of space; a sense of guilt is created, than can only be moderated if shared with the collective soul.  The temple of the dead can be considered as the original building for the assassinated deity, the first to make the journey to the underworld.  According to an Etruscan rite, a clod of earth taken from the mother town, was given from an aborigine to the hero-founder who would throw it in a specially prepared ditch, called ‘mundus’, also known as the mouth of hell. There the new city was to be founded. From dead heroes to dead stars. Does it not all remind of a galaxy’s central, massive black hole and its role to the formation of cosmic structures ?

In the ancient Greek amphitheater,  the hero at the center of the  circle, must carry the burden of the tragic guilt, to release the audience from the guilt of action and venture into the possible.  Modernity, emerging from the fragmentation of the old cosmos, still uses pottery for its expression, since it uses the symbolon  in order to define symbolic language and drama. Symbolon, that is the two fragments of a broken pottery that must be brought together, “symballein”, as a token of reconnaissance, definition of identity and permission of access, to the ancient Athenian ekklesia,  or through  a digital card  a modern hotel.